Looking at all of the possessions I have acquired

Which one of these will teach my daughters happiness

Is not an afterschool special

Afterschool specials no longer teach kids how to read

That’s the job of parents who are engaged

Engaged parents were not the example I had

I find happiness in what my daughters teach me

Finding happiness in the lessons of my daughters

Their smiles are my goal posts

Smiling children are the goal

Looking at all the possessions I have acquired 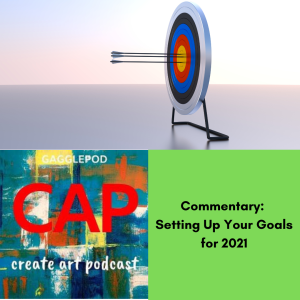 Discussing how to set up goals for your art for 2021 versus resolutions. We discuss 3 articles about the benefits[...] Discussion of how to market your work online and ideas of where to best put your work. Articles and examples[...]